If Money Doesn’t Make You Happy, then You Probably Aren’t Spending it Right

Most people don’t know they spend money right and basic scientific facts about happiness, what brings it and what sustains it, and even how to use their money to acquire it. Many studies have found the relationship between money and happiness for decades and their conclusion is that “Money buys happiness, but it buys less than most people think” (Aknin, Norton, & Dunn, 2009; Diener & Biswas-Diener, 2002; Frey & Stutzer, 2000). The existence of a positive relationship between income and happiness should increase a person’s happiness when they increase their spending. Not only that, having a lot of money allows people to live longer and healthier lives, buffer themselves against worry and harm, have leisure time to spend with friends and family, and control the nature of their daily activities (all of which are sources of happiness) (Smith, Langa, Kabeto, & Ubel, 2005). So, if money can buy happiness, then why doesn’t it?

The failure to increase the happiness of the money they have is mainly due to errors in making predictions about the hedonic consequences of future events (for reviews see Gilbert & Wilson, 2007, 2009; Wilson & Gilbert, 2003). Errors in affective forecasting can be traced to two basic sources. First, people’s mental simulations of future events are almost always imperfect. Second, context exerts strong effects on affective forecasts and on affective experiences, but people often fail to realize that these two contexts are not the same; that is, the context in which they are making their forecasts is not the context in which they will be having their experience. These two sources of error cause people to mispredict what will make them happy, how happy it will make them, and how long that happiness will last. Therefore, this article will explore the perspective of spending money properly in order to maximize the happiness of the money you have.

Principle 1: Buy experiences instead of things

We often hear the advice “Go out and buy yourself something nice.” when we are sad. However, some studies have found that people are often happier when they spend their money on experiences rather than things. Evidently, from the results of research conducted in America with a sample of thousands of people, it was found that 57% said that spending their money on experiential purchases could increase their happiness and only 34% said their happiness increased from material purchases. Experiences are good, but why are they better than things? This is because we can adapt to things so quickly. Then, people seem to get more happiness from experiences than things in that they anticipate and remember the former more often than the latter.

The picture below shows the results of a large-scale experience-sampling study in which people reported their current happiness, their current activity, and the current focus of their thoughts (Killingsworth & Gilbert, 2010). The upper half of the figure shows the average amount of happiness that people reported while doing their daily activities, and although the difference between the most and least pleasant activities is real and significant, it is also surprisingly small. In contrast, the bottom half shows the average amount of happiness that people reported when their minds were focused on their current activity, and also when their minds were wandering to pleasant, neutral, or unpleasant topics. As the figure shows, people were maximally happy when they were thinking about what they were doing, and time-lag analyses revealed that mind wandering was a cause, and not merely an effect, of diminished happiness. A wandering mind is an unhappy mind, and one of the benefits of experiences is that they keep us focused on the here and now. 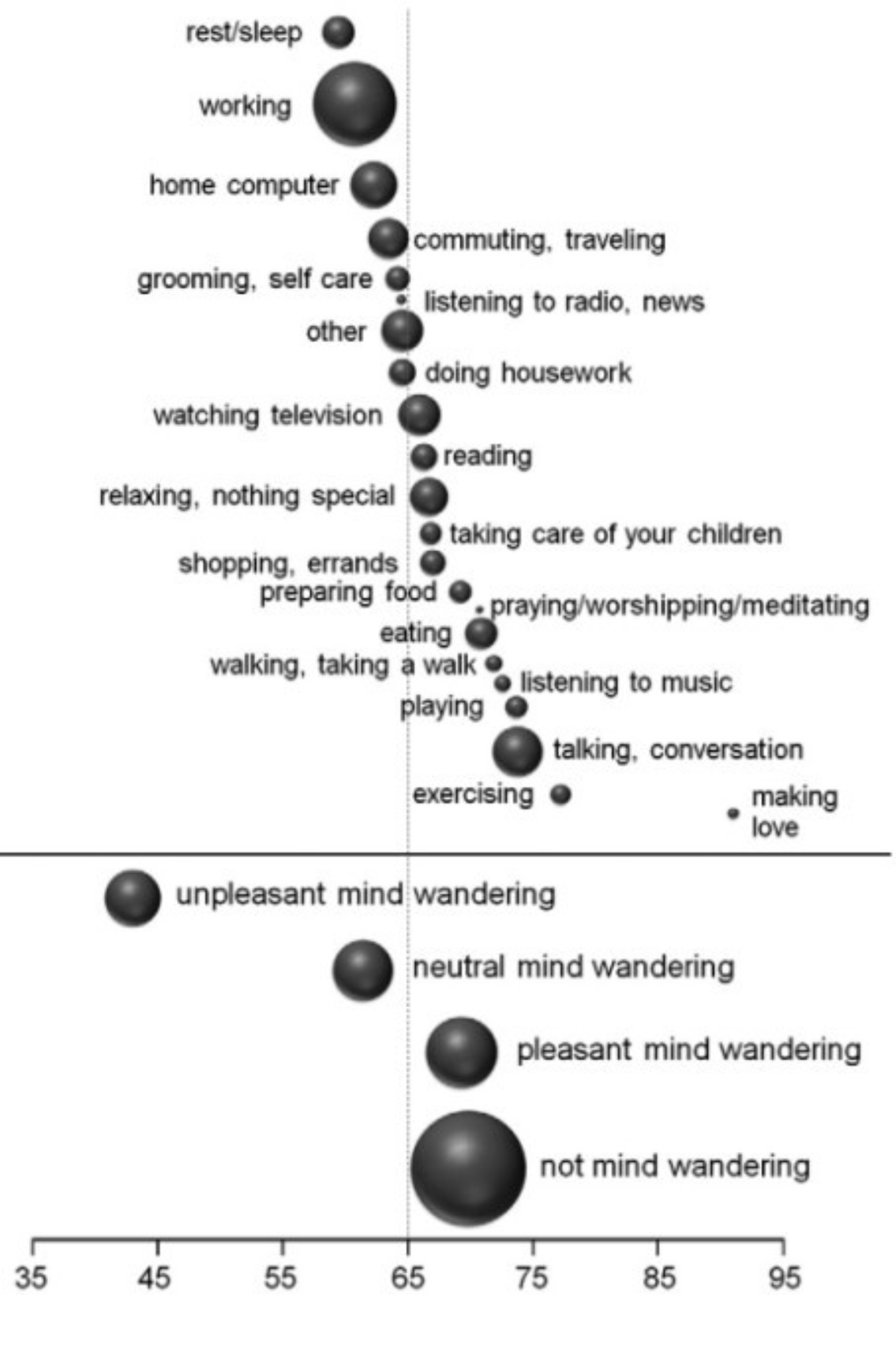 Picture 1. The results of a large-scale experience-sampling study
Note: Bubble size indicates the number of reports

Principle 2: Help others instead of yourself

It is undeniable that humans are social creatures. The existence of this social relationship also brings happiness to life. Especially when they can allocate the money to share with others. Based on the results of research by Dunn et.al (2008), it was found that the pattern of people who devoted more money to prosocial spending was happier, even after controlling for their income. Giving something to others can create strong social relationships. Research shows that receiving a gift from a romantic partner has a significant impact on college students’ feelings about the likelihood that the relationship will continue over the long term and lead to marriage (Dunn, Huntsinger, Lun, & Sinclair, 2008). Spending money on a friend or romantic partner also provides an opportunity for positive self-presentation, which has been shown to produce benefits for mood (Dunn, Biesanz, Human, & Finn, 2007).

Principle 3: Buy many small pleasures instead of a few big ones

The reason why small frequent pleasures beat infrequent large ones is that we are less likely to adapt to the former. The more easily people can understand and explain an event, the

quicker they adapt to it (Wilson & Gilbert, 2008), and thus anything that makes a pleasurable event more difficult to understand and explain will delay adaptation. Each of these variables makes an event harder to understand and as a result, we pay more attention to it and adapt more slowly. And, small pleasures are more likely to satisfy these conditions than are large ones. Not only that, small pleasures is that they are less susceptible to diminishing marginal utility, which refers to the fact that each unit increase in the magnitude of pleasure increases the hedonic impact of that pleasure by a smaller amount than the previous unit increase.

Insurance is a guarantee to deal with events that will occur in the future, whether it is a bad thing or a good thing. Enforcement of such a large yield of insurance, in fact even reduces the level of happiness of an individual. Because, the greater coverage provided by insurance has affected the level of a person’s psychological immune system, where they will exaggerate their vulnerability to the negative things that happen to them. If people still seek extended warranties and generous return policies in order to preclude the possibility of future regret, research suggests that the warranties may be unnecessary for happiness and the return policies may actually undermine it.

The benefit of anticipation comes from delaying consumption, but it also has the potential to make you happier in two other ways. First, it might influence consumers’ decisions. When choosing products for immediate consumption, consumers are enticed by “vices” like fatty food and obscene entertainment that give pleasure right away but don’t have long-term advantages for wellbeing or even have long-term costs (Read & van Leeuwen, 1998; Read, Loewenstein, & Kalyanaraman, 1999). Delaying consumption might also make people happier because it can lead to uncertainty. Consumers frequently experience some level of doubt before making a purchase regarding the product they will choose, how it will be, and how they will utilize it. By focusing attention on the product, this ambiguity may help to prevent the process of adaptation (Kurtz, Wilson, & Gilbert, 2007; Wilson, Centerbar, Gilbert, & Kermer, 2005; Wilson & Gilbert, 2008)

Principle 6: Think about what you’re not thinking about

The farther away an experience lies in time, the more abstractly we tend to think of it (Liberman, Sagrastino, & Trope, 2002). Over time, daily inconveniences and “uplifts” are stronger indicators of psychological suffering than more significant life events (Kanner et al., 1981). Therefore, it is important to evaluate how purchases will impact how we spend our time when deciding how to spend our money. For example, consider the choice between a small, well-kept cottage and a larger “fixer upper” that have similar prices. The larger house could appear to be the better value, but if fixing it up means giving up Saturdays with friends for Saturdays with plumbers, it might not be such a good deal after all.

Comparison shopping may cause customers to overestimate the hedonic impact of choosing a more desired choice over a less desirable one by focusing their attention on the differences between the options that are available. Comparison shopping may even influence people to pick a less desirable alternative over a more desirable one to the extent that it draws attention to hedonically irrelevant qualities.

According to research, the greatest method to forecast how much we will love an experience is to see how much others enjoyed it. People can be a wonderful source of information by not only sharing what has made them happy, but also by letting us know what they believe will make us happy (McConnell, Dunn, Austin, & Rawn, in press).

When asked to evaluate their life, those who have more money say they are significantly happier. However, when questioned about their current level of happiness, those with more money do not differ significantly from those with less (Diener, Ng, Harter, & Arora, 2010). This implies that while using money does not provide us satisfaction, thinking about it does. That must not occur. Many, if not most, if not all of the things that make people happy can be purchased with money; if they can’t, then we are to blame. We think psychologists can educate people how to spend their money in ways that will actually make them happier, and we hope we’ve done a little of that here.