“It has been said, ‘Time heals all wounds’. I do not agree. The wounds remain. In time, the mind, protecting its sanity, covers them with scar tissue and the pain lessens. But it is never gone”

Self-reported measures of subjective well-being or life satisfaction have been used as a valid and reliable indicators of well-being based on extensive research in the last decades. Prior psychology and economics studies have documented that a series of major negative life events, such as unemployment, involuntary retirement, divorce, widowhood, disability, and natural disasters, have strong effects one one’s current level of well-being. Evidence from medicine and psychology studies has also indicated that past exposure to traumatic events is linked to one’s dispositions and well being in life.

In this study, data from the Health and Retirement Study (hereinafter HRS) is a large-scale longitudinal survey of a representative sample of the US population 50 to 80 years old. This analysis is based on four waves, from 2006 to 2012. We constructed the final dataset of 13,006 observations on 6,503 individuals. For each individual, two statements will be made, one four years after the other (in 2006 and 2010 or 2008 and 2012). Furthermore, from each individual, there are two observations on most of the variables listed in Table 1, which can group into five broad categories: (a) life satisfaction, (b) traumatic events, (c) personality, (d) health, and (e) socio-demographic. The exact wording of the variables belonging to groups (a)–(d) is reported in the Supplementary Information. For comparability, all variables in categories (b)–(d) take values in the range 0–1.

In the questionnaire,a traumatic event group was also measured by the Linkert scale with reference to (Rojas, 2006), consisting of the death of a child, serious physical injury (assault or assault, and a life-threatening illness or accident involving the respondent or spouse/child) and one event that occurred in the distant past, i.e., before the age of 18 (physical abuse by one of the parents). There are distinguishes dividing traumatic events into three spans of years, namely within 10 years, between 11 and 30 years, and more than 30 years.

Not only that, the HRS questionnaire can show 9 personal group indexes that are used to assess personality aspects, namely, openness to experience, conscientiousness, extraversion, agreeableness, neuroticism (these five traits are included in the “Big Five” personality taxonomy). Furthermore, cynical hostility, anxiety, anger-in and anger-out.

If, from self-reported health status, plus three scores related to functional limitation, there is Mobility and Strength (MS), Activities of Daily Life (ADL), and Instrument Activity of Daily Life (IADL). All scores are measured in such a way that the higher the score, the less functional limitation. Finally, the study looks at a group of socio-demographic variables that include standard information about age, gender, ethnicity, nationality, marital status, employment status, head education, and household income and wealth. Based on the hypotheses, the result of this study are:

The correlation between life satisfaction and traumatic events decays over time for an illness or accident, while it remains persistent for a physical attack/assault and for being abused. 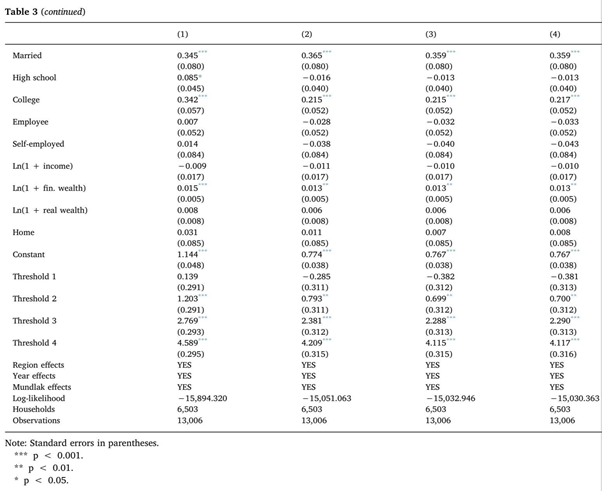 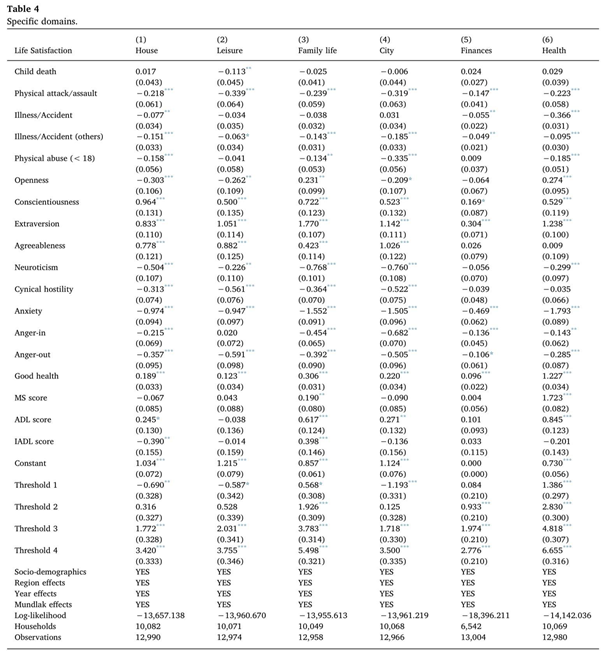 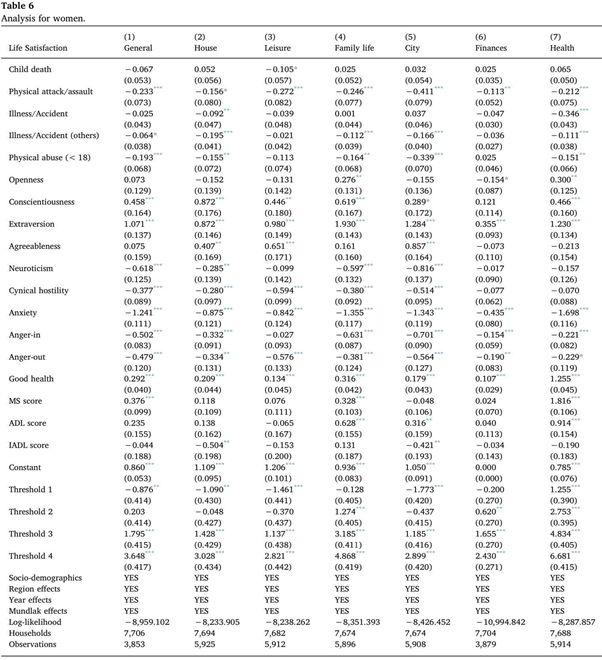 Based on all the analyses in this study, life satisfaction was generally lower after three traumatic events, such as a life-threatening illness or accident that occurred to a close relative (spouse or child), particularly after physical attacks on the respondents. Suppose we examine the specific domains that affect life satisfaction more strongly, namely physical attacks/attacks and illness/accidents in spouse/children before 18 years. It’s what continues to affect a person’s life satisfaction in living life. Therefore, this study found that individuals cannot fully recover from bad experiences in certain events, especially in a woman.

However, from these conclusions, there are also weaknesses in this study:

Thus, there is still a need to improve various data to produce more accurate research results regarding the effect of individual trauma on life satisfaction.